The forecast is fun! 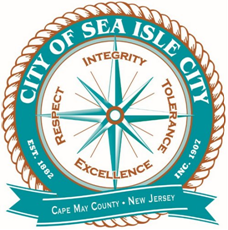 Sea Isle City, NJ is five miles of glorious beach located between Ocean City and Avalon and is chock-full of beautiful private and rental properties, hotels, motels and condominiums for those who choose this City as their home away from home, year after year.

Sea Isle City has a long tradition of catering to families, with an abundance of recreational and educational outdoor activities, family restaurants, entertainment and events.

The beaches here promise many hours of relaxation for sun worshippers, sandcastle architects, swimmers and sports enthusiasts.  There are beaches intended for bathing,  surf fishing, rafting and sailing with volleyball courts scattered throughout the city's beachfront.

Other favorite activities in Sea Isle City in Sea Isle City include miniature golf, in-line skating and bike riding along the promenade. The promenade has become Sea Isle’s hub of activity as well as the Excursion Park Entertainment Complex which features a Beach Pavilion that overlooks the Atlantic Ocean, a seating area on the Promenade, and the Band Shell that has become Sea Isle’s “in” place for free outdoor entertainment. Throughout the summer, the Band Shell is where you’ll find concerts, family dance parties, movies, the farmers market and other fun events – not to mention the weekly “Sea Isle City’s Got Talent” contest on Friday evenings that attracts scores of amateur entertainers who compete for cash prizes in front of large crowds.

Mid-summer there's the Sara the Turtle Festival, an educational family event that stresses environmental importance.  Each Tuesday and Thursday morning in the summer, trained volunteer guides take groups on Beachcomber Walks along the Sea Isle City shoreline to explore the seaside environment and the mysteries of the Atlantic Ocean. Thousands of  people, ranging in age from infants to those in their 90s, have participated in these walks that began in 1989 and have become a favorite activity in Sea Isle City NJ.

At Dealy Field, 60th Street and Central Avenue, the playground has provided countless hours of fun and entertainment for thousands of youngsters. Soccer and baseball fields in Sea Isle along with basketball, tennis and hockey courts and a state-of-the-art skateboard park, suit the needs of any sports enthusiast.

For maritime hobbyists, there are legions of crabbing and fishing opportunities.  Boating is another preferred activity, and seafaring vessels are plentiful in Sea Isle City.  In addition to public charter and party boat services along the city's bay side, boats supplement many of the residences on the bay and lagoons.  When Charles Landis purchased the land now known as Sea Isle City, this entrepreneur modeled the city's canals, lagoons and waterways after Venice, Italy, a place he had recently returned from on vacation.

After a day on the beach, fishing, or boating, many in Sea Isle City like to take advantage of the city's fine dining establishments, copious in number.  From the seashore favorites of pizza and burgers to succulent seafood, Sea Isle City's restaurants are varied to accommodate any appetite.  There are also a number of nightclubs in Sea Isle City, all offering entertainment and oblations to end a perfect day at the shore.

Shopping in the city's business district and southern end is another choice activity with an array of shops and stores for those in search of that special something.

For more information call the city’s Tourism Office at 609-263-8687 or visit our Welcome Center located at 300 JFK Boulevard.